A safe town in central England

Abbey College is a residential boarding school set on a 70 acre secure campus in Malvern. Our picturesque setting provides a spacious and peaceful place for students to focus on achieving their full academic potential, whilst allowing us to provide a large range of sporting and social activities on campus and a high level of residential and personal care to each student.

The site of Abbey College was established as a seat of learning in 1874, lying on the lower slopes of the famous Malvern Hills in central England. Our campus is part of a government-recognised “area of outstanding natural beauty.”

Malvern is renowned as a centre for high quality private education and is statistically one of the safest towns in the whole of the UK.

The cathedral cities of Worcester, Hereford and Gloucester are within 30 minutes’ drive and Stratford and Oxford are within a one hour drive. London is approximately 2.5 hours away by car or direct train.

Our students come to us from all around the world, attracted by the opportunity to interact, develop and learn from staff experienced in dealing with international students in a location that is perfect for focused study.

A brief history of the Abbey

The site of the Abbey College has been used for education since 1874, with the original main building having been built in 1863.

The original Abbey School moved to the site in 1908, from two previous locations in Worcestershire

Many of the previous students of Abbey School moved to a newly-merged school in West Malvern, named St. James and The Abbey. This later became St James, and later still merged with Malvern Girls College to become Malvern St James.

Following MA Kaveh’s death in 1986, and up until 2008, Abbey College was under the ownership of Mrs M Shafie. Queen Noor of Jordan was amongst the Patrons of the college for a period during this time. From 2008 to 2013 it was owned and run by H Kaveh, MA Kaveh’s son. In 2013, H Kaveh sold his entire interest in Abbey College to a group of shareholders, and simultaneously Abbey College became a limited company, which it remains today – Abbey College in Malvern Ltd. Abbey College has 100% British ownership.

The students of the current Abbey College have included the children and grandchildren of Kings, Heads of State and other pre-eminent global figures. The college has always aimed to provide a setting where young people from around the world can prosper, developing the skills they need to become the leaders of tomorrow. 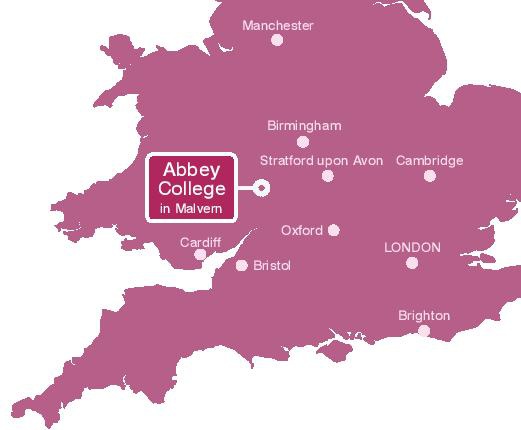